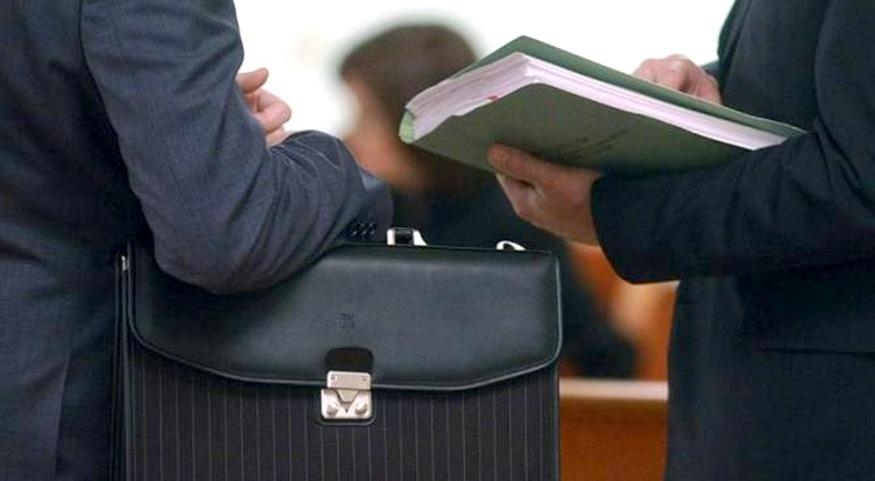 President of the Republic of Uzbekistan Shavkat Mirziyoyev in his report at the first meeting of the Legislative Chamber of the Oliy Majlis paid special attention to the issue of strengthening parliamentary control. Indeed, at the current stage of reforms in the context of rapid global development, increasing the effectiveness of parliament is important in establishing effective activities of the executive branch.

In recent years, a new form and mechanisms of parliamentary control have been created in Uzbekistan. In particular, the Legislative Chamber introduced a procedure for listening to answers of members of the government to questions from deputies – the “Government Hour” institute, as well as a procedure for providing clarifications to parliament by responsible leaders on pressing issues that cause controversy and discussion among the public. 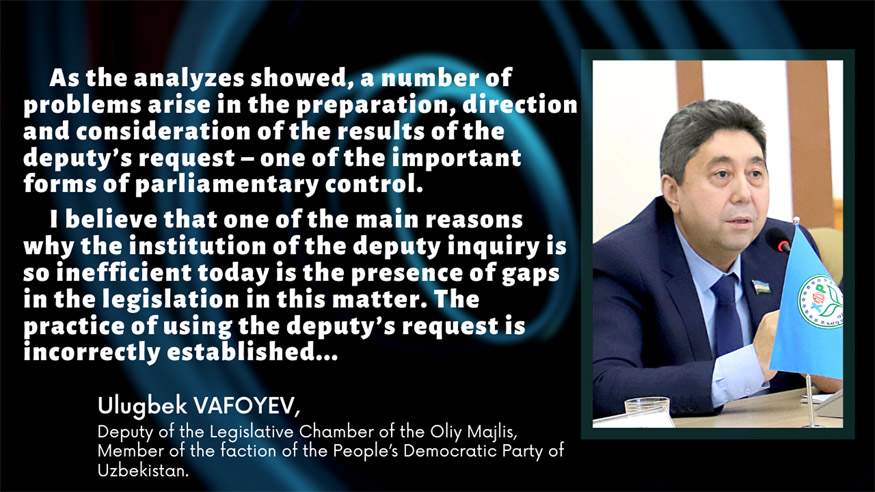 In addition, since 2019, the practice of considering candidates for members of the Cabinet of Ministers at the meeting of the lower house has been established. The effectiveness of control and analytical work of the committees of the Legislative Chamber and factions of political parties has significantly increased.

However, there are also certain problems in further enhancing the effectiveness of parliamentary control, as well as unused opportunities in this direction.

As the analyzes showed, a number of problems arise in the preparation, direction and consideration of the results of the deputy’s request – one of the important forms of parliamentary control.

I believe that one of the main reasons why the institution of the deputy inquiry is so inefficient today is the presence of gaps in the legislation in this matter. The practice of using the deputy’s request is incorrectly established.

It should be emphasized that the effectiveness of a deputy’s request is determined not only by the potential of the deputies themselves. The deputy is a representative of people. Not every deputy is a lawyer: one farmer, another builder, a third – an entrepreneur. That is, it is quite natural that not all deputies have the skills to prepare relevant legislative acts.

The deputy’s main task is to raise urgent problems and submit ideas. And other issues, such as bringing the problem raised by the deputy to necessary form, its consideration from a legal point of view require a systematic approach.

Based on the legislation, a deputy request is defined as a form of parliamentary control. Consequently, the process of preparing, sending and discussing the results of the deputy’s request should be approached as a document coming from the parliament.

The legislation of Uzbekistan defines in detail the process associated with the parliamentary request. As is known, the Legislative Chamber of the Oliy Majlis of the Republic of Uzbekistan has the right to send a parliamentary request to officials of state authorities and administrations with a request to provide a reasonable explanation or state its position on issues within their competence.

My suggestion is to implement the same specific procedure with regard to the deputy’s request, a specific mechanism of this process should be introduced into the legislation.

In addition, unlike the Parliamentary request, the Deputy request will, as a rule, be related to ensuring the rights and legitimate interests of voters of the respective constituency.

Otherwise, the mechanism should be identical. What is the advantage of this approach, you ask?

Thirdly, the effectiveness of the deputy request will increase. Officials of economic management bodies will not provide information to deputies, but to the parliament, that is, they will be responsible to the parliament. This will serve to strengthen the responsibility of officials, and as a result, increase the effectiveness of the deputy request.

Undoubtedly, the transition to such an order can cause a reduction in the number of Deputy requests, an increase in the number of issues considered at plenary meetings, however, along with this, their quality and effectiveness will increase, and deputy requests will serve the interests of people.

Member of the faction of the People’s Democratic Party of Uzbekistan.

Submitting a deputy request is not only an authority, but also a great responsibility!