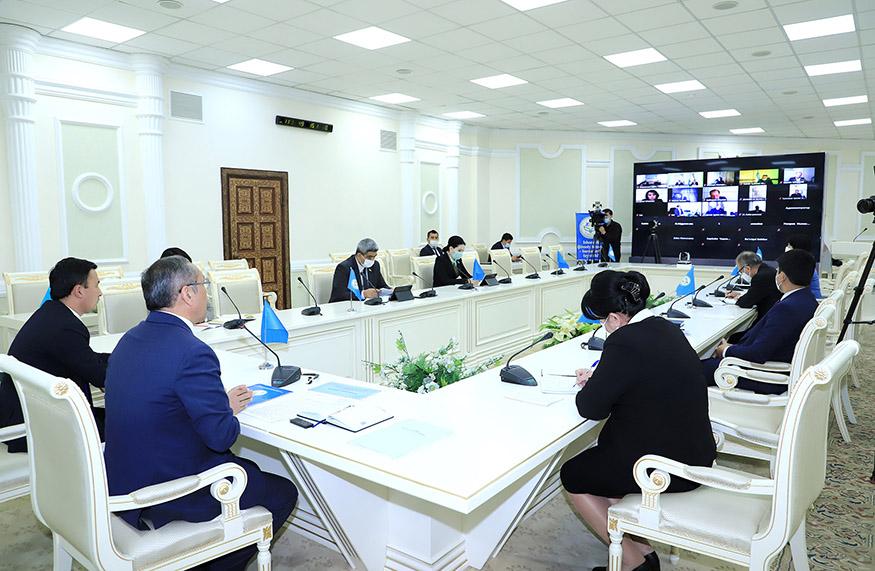 A virtual press conference was held on the activities of the faction of the People’s Democratic Party of Uzbekistan in the Legislative Chamber of the Oliy Majlis for nine months of 2020.

As noted at the beginning of the press conference, the country has begun work on the implementation of strategic objectives to strengthen the social protection system and reduce poverty. Citizens in need are provided with subsidies to increase social and economic activity, training in professions and setting up their own business.

During the coronavirus pandemic, large-scale work is underway in the country to provide treatment for those infected entirely at the expense of the state, protect low-income families, and provide them with targeted assistance based on the “Iron Notebook”. It is no coincidence that the unique experience of Uzbekistan in this area is widely recognized today by leading specialists and experts from advanced countries.

The parliamentary faction of the People’s Democratic Party of Uzbekistan fully supports the comprehensive reforms carried out in the country in social protection of the population, poverty reduction and seeks to increase their effectiveness in accordance with the party’s program goals. 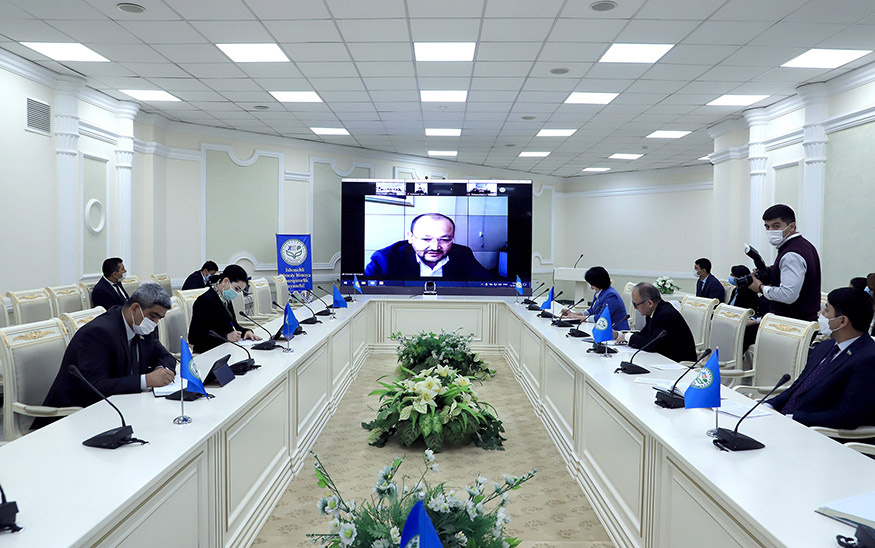 At the press conference, the Head of the Parliamentary Faction of the Party Ulugbek Inoyatov spoke in detail about the faction’s activities during the reporting period.

As noted, for 9 months of this year, the faction carried out its activities in accordance with the important tasks set in the work plans and programs of the Legislative Chamber of the Oliy Majlis and the faction of the party. The deputies paid special attention to the practical work in all areas.

In particular, the faction pays special attention to introducing proposals to protect the interests of low-income and socially vulnerable segments of the population in the legislative process.

Members of the faction developed and submitted to the responsible commissions 326 proposals on 148 draft laws of the Republic of Uzbekistan, adopted at the meetings of the Legislative Chamber. 137 proposals of the faction were taken into account on the considered draft laws.

It should be noted that the draft laws submitted to the Legislative Chamber of the Oliy Majlis are discussed at the meetings of the faction on the basis of new approaches. Thus, the draft laws were discussed in detail with participation of deputies of the Central Council of the party, local councils of people’s deputies, party activists, youth and media representatives. More than 100 proposals were received on 45 draft laws.

In addition, during the reporting period, the faction paid special attention to the consistent implementation of the parliamentary oversight.

Information was heard from the Deputy Minister of Preschool Education of the Republic of Uzbekistan “On the work carried out in preschool education”, the Deputy Minister of Public Education “On the work on the material and technical support of the public education system and improving the quality of education”, Executive Director of the Extra-Budgetary Pension Fund under the Ministry of Finance “On the state of the State pension provision of citizens in Uzbekistan, current problems and plans for the future”. Proposals and recommendations were made based on the results of the hearings.

The faction of the People’s Democratic Party of Uzbekistan seeks to strengthen the parliamentary oversight over the protection of the interests of its electorate, to widely use the practice of submitting proposals to the relevant authorities.

Thus, a parliamentary inquiry was sent to the Deputy Prime Minister of the Republic of Uzbekistan “On the state of work on development of criteria for determining the level of poverty, minimum standards and normative frameworks for social security”. The information presented on this issue was considered at the plenary session of the parliament in the spirit of critical analysis.

Members of the faction and deputies of local councils took an active part in the process of preparing for the opening of schools in quarantine. The faction, in agreement with deputies of local councils, prepared proposals to improve the safety of teachers and students in the process of teaching in schools in a pandemic, and presented them to the Deputy Prime Minister. 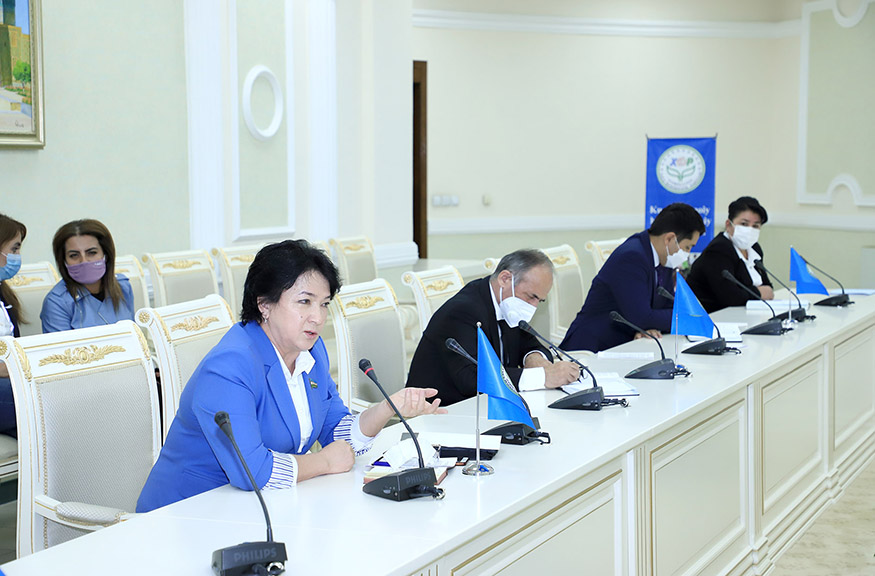 It was emphasized that to date, on the initiative of members of the faction, the concept of four draft laws has been developed. Thus, a draft law and a concept were developed to consolidate the concepts of “subsistence minimum” and “consumer basket” in the legislation, which were sent to the Ministry of Economic Development and Poverty Reduction for consideration. On the eve of the elections, the initiative of our party to adopt a law on a living wage was actively supported by the general public. And now the implementation of this idea is a fundamentally important task for the faction.

During the reporting period, members of the faction regularly visited constituencies, held meetings and conversations with the population. As a result, over the past 9 months, 2,479 written, virtual and oral appeals were received from citizens, and today more than 1,400 of them have been positively resolved. The solution of the remaining appeals was taken under strict control.

Detailed information on these and many other issues was presented at the press conference. Members of the faction answered journalists’ questions about deputy and parliamentary inquiries, the concept of the draft law on the “living wage” and “consumer basket”, support for low-income families who lost their earnings due to the quarantine.