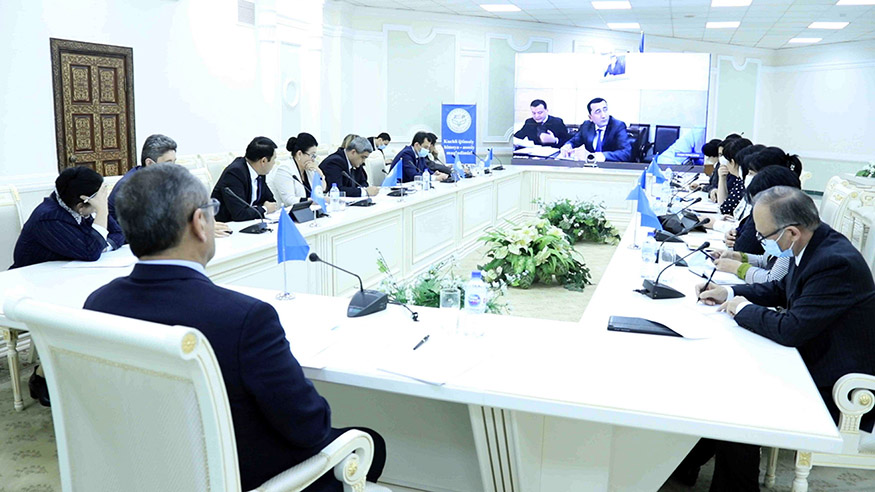 The videoconference of PDPU faction in the lower house of parliament was held in a new format. Information from the Ministry of Employment and Labor Relations and the Ministry of Housing and Communal Services about social problems concerning the electorate of the party was heard. Current issues and tasks identified in the Pre-electoral program of the party were discussed.

First, the Deputy Minister of Employment and Labor Relations informed the deputies about how effectively the state trust funds are spent in ensuring employment and protecting the rights of the population.

Deputies of local councils, activists of the territorial organizations of the party, who had the opportunity to express their views and ask questions from representatives of the relevant ministries, regarding the protection of the interests of the electorate, attended the online discussions. 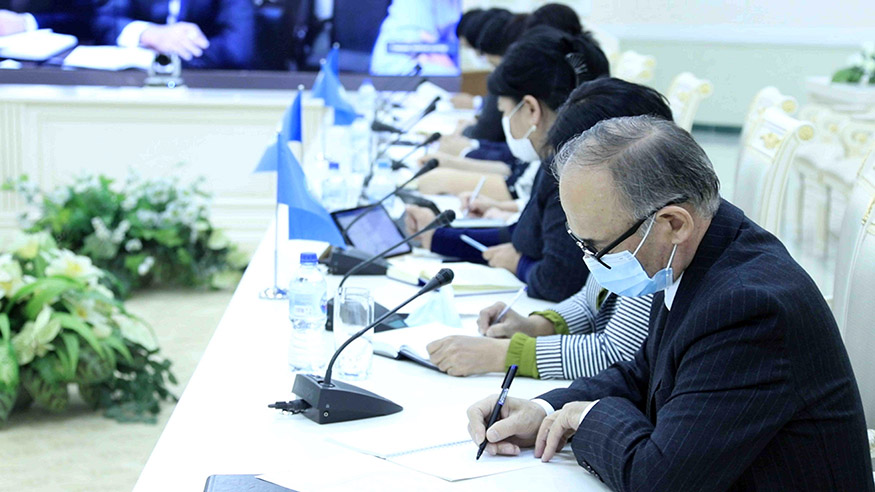 It should be noted that, in accordance with the Plan of Practical Actions of the People’s Democratic Party of Uzbekistan, over the past months of this year, party groups in local councils of people’s deputies studied and discussed 124 issues on employment of the population, 84 issues on defining specific tasks in this direction in the segment of regions for consideration of standing commissions, 76 issues – for discussion at sessions.

Party groups in local Councils of people’s deputies regularly study the real situation in ensuring employment and labor rights of citizens. Based on the results of these studies, at the meeting, a critical assessment was given to the work carried out on the effective use of subsidies allocated from the State budget to promote employment, the organization of vocational training at places, shortcomings were noted in conduction of the state supervision over the observance of labor rights of citizens.

In this regard, it was noted that it is necessary to ensure the full implementation of the tasks set by relevant decrees and resolutions of the President of the Republic of Uzbekistan and the Cabinet of Ministers, the systemic organization of work throughout the country, and the effective use of all employment opportunities. 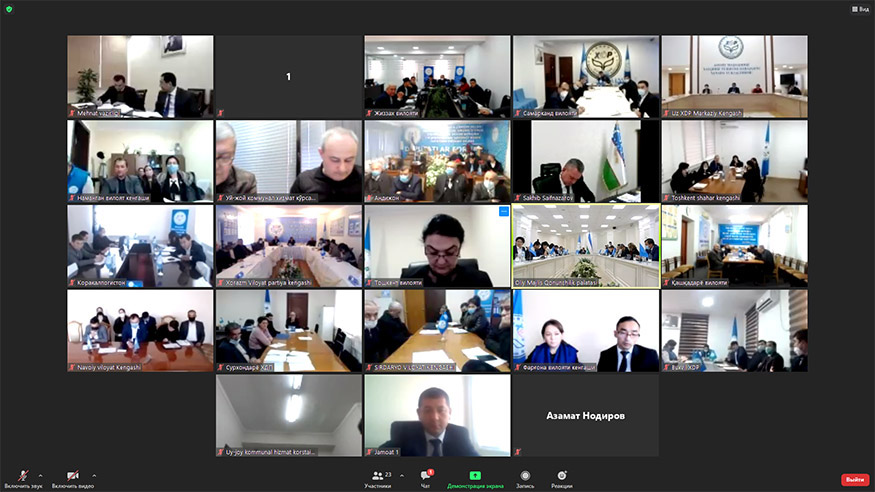 Tasks have been identified to raise public awareness of the activities of all structures of the Ministry, thereby strengthening public and parliamentary control over their activities. A proposal was made to include the issue of hearing the relevant information from the Minister of Employment and Labor Relations in the work plan of the faction of the People’s Democratic Party for the next year.

Deputies of the People’s Democratic Party of Uzbekistan emphasized the need for increasing the social acceptability of housing and communal services, providing affordable and high-quality housing to vulnerable groups of the population, and solving problems related to providing the population with drinking water, which is especially important in this winter period.

To provide information on the work being carried out to solve the problem of providing the population with clean drinking water, the floor was given to the Deputy Minister of Housing and Communal Services.

The deputies asked questions on problematic situations identified during field studies, as well as on the basis of appeals from the population. 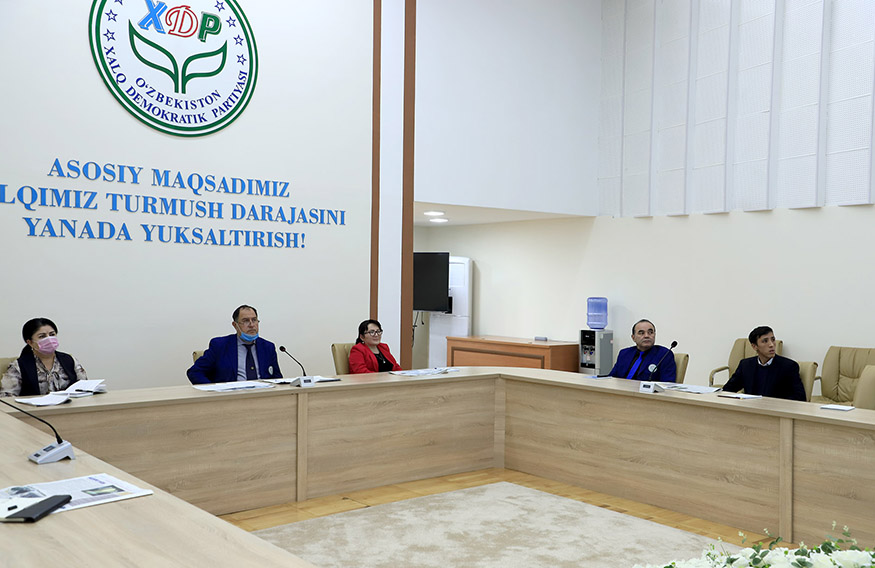 This year, party groups in local councils studied the issues of providing the population with clean drinking water and improving the quality of public services, as a result of which 54 issues were brought up for discussion by the standing commission, 36 at the session. Appropriate decisions were made.

It was noted that, on the basis of relevant decrees and resolution of the President of the Republic of Uzbekistan, successive reforms are being carried out to increase the level of drinking water supply to the population, and to improve water resources management.

Over the past two years, 2 trillion 400 billion soums have been allocated to improve the drinking water supply and sewerage system. This is twice the total amount allocated for this purpose over the previous 10 years. Unfortunately, despite this, in the country the level of provision of clean drinking water through centralized systems is only 68%.

According to the Government’s Strategy for the Development of the Drinking Water Supply and Sewerage System for 2020-2030, in 2030 it is planned to increase the level of drinking water supply for the population to 91%, and the level of supply with sewage systems in urban and regional centers from 16% to 31%. 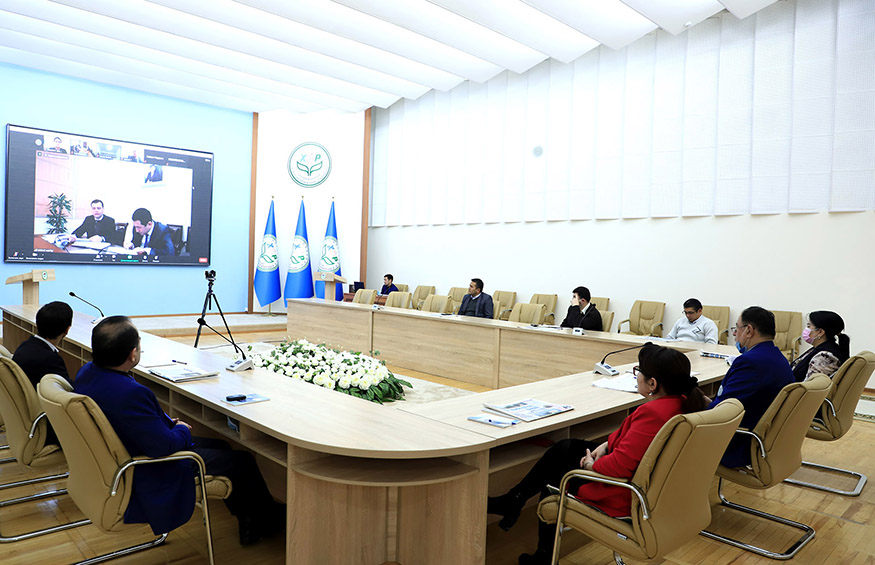 At the meeting, the deputies noted the need for revision and improvement in accordance with the requirements of the present day of the Law “On water and water use”, adopted in 1993.

Deputies of the People’s Democratic Party of Uzbekistan asked the officials of the Ministries of Employment and Labor Relations, and Housing and Communal Services on the current issues concerning the population, in particular the electorate of the party, and shared their proposals.

Plans have been outlined to ensure strict parliamentary and deputy supervision over the activities of all structures of the two ministries, as well as to solve problems related to the employment and drinking water supply to the population.