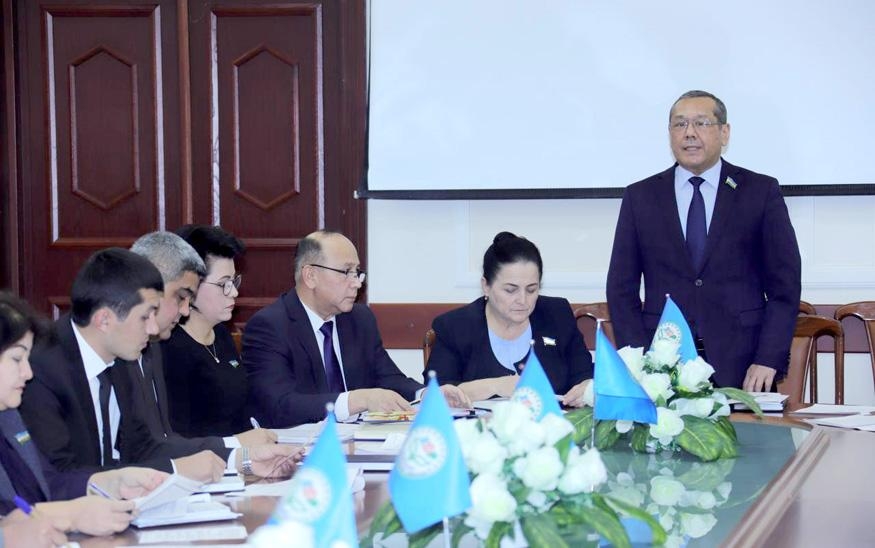 The meeting of the faction of the People’s Democratic Party of Uzbekistan in the Legislative Chamber of the Oliy Majlis, held on February 3, 2020, was devoted to the discussion of a number of draft laws.

From a conceptual point of view, the draft law “On introducing amendments to certain legislative acts of the Republic of Uzbekistan” was considered in the first reading. In accordance with this law, amendments and additions are envisaged to be introduced into two existing laws. 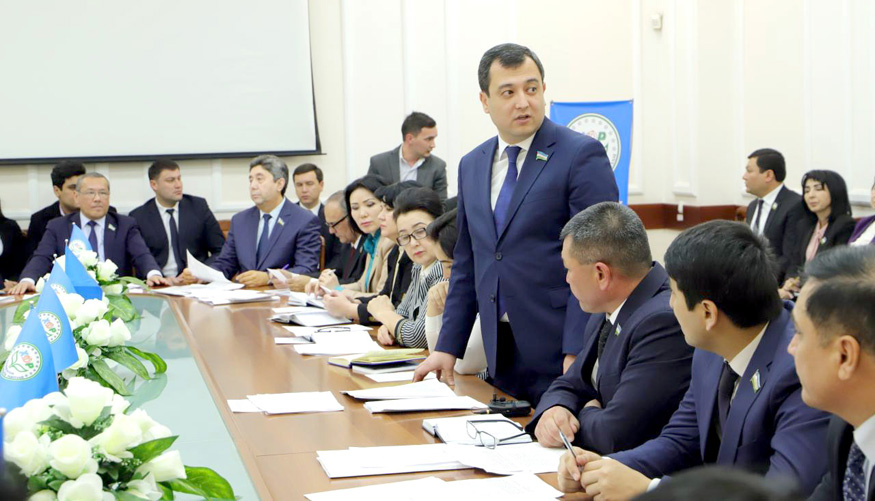 In particular, the Law “On guarantees of the activities of non-governmental non-profit organizations” is proposed to be amended on the state social order, that is, to abolish the authority of the Cabinet of Ministers of the Republic of Uzbekistan to establish the procedure for the state government bodies to provide state social order to non-state non-profit organizations for carrying out socially significant projects, forming the composition of public council.

This proposal was developed on the basis of the Decree of the President of the country “On measures to organize the activities of public councils under state bodies”.

Members of the faction supported this proposal. They noted that it is important to organize separate public councils on provision by the government of the state social order to non-governmental non-profit organizations and other civil society institutions that will operate independently of the government. This will prevent bureaucracy in the sphere and ensure independence of non-governmental non-profit organizations from state authorities and administrations. 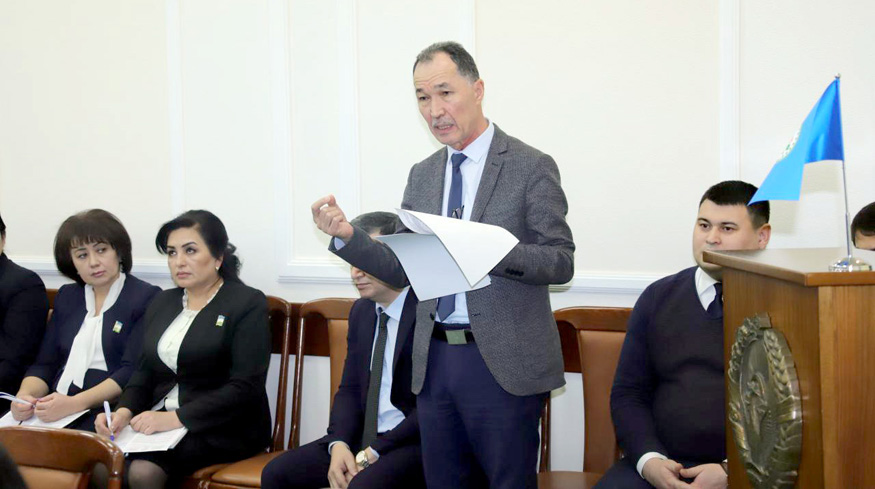 Members of the faction also proposed that all norms related to the activities of public councils should be enshrined in the draft law “On public control”, which is planned to be reviewed and adopted in an updated form.

This proposal was also developed in accordance with the Resolution of the President “On measures of organizing the activities of public councils under state bodies”. 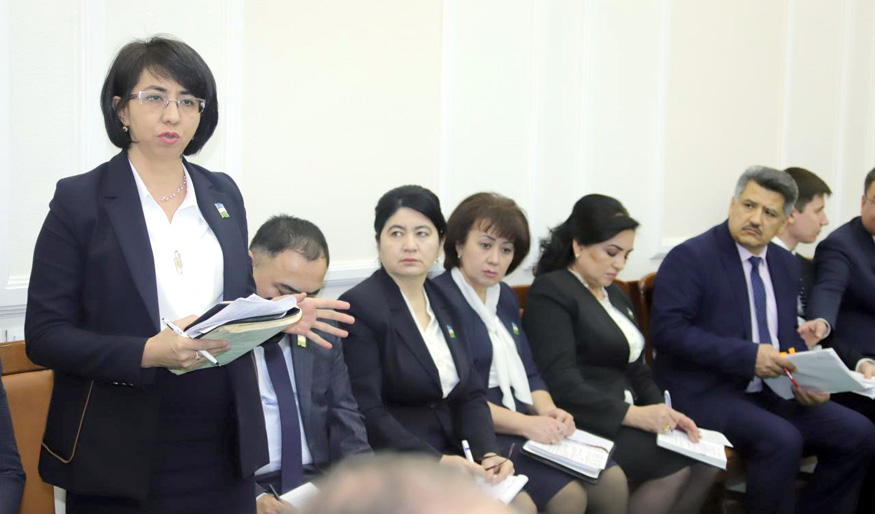 The parliamentary faction of the People’s Democratic Party of Uzbekistan approved this proposal. At the same time, members of the faction expressed their proposals on formation of public councils. That is, the development of a model regulation of public councils by the Legislative Chamber of the Oliy Majlis will fully comply with democratic principles. 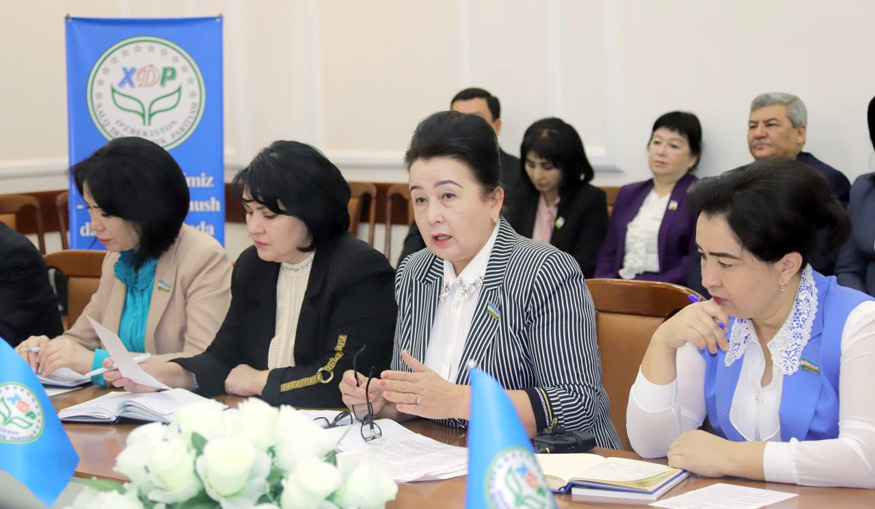 Therefore, administrative expulsion from the Republic of Uzbekistan will not apply to a foreign citizen and stateless person under the age of eighteen if one of his parents or a guardian or trustee has the right to legally reside in the territory of the Republic of Uzbekistan. Cases in which administrative expulsion is not permitted are specifically indicated in the draft law. Members of the faction of the People’s Democratic Party of Uzbekistan also unanimously supported this proposal.

At the meeting, active discussion was also aroused by the amendment proposed for inclusion into the Article 44 of the Family Code of the Republic of Uzbekistan, devoted to issues resolved by the court in deciding on divorce.

This amendment was developed in accordance with the Resolution of the President of the country “On additional measures for further strengthening the guarantees of the rights of the child”. The Resolution noted that the child has the right to express his opinion when deciding in the family any issue affecting his interests, as well as during any judicial or administrative proceedings. At the same time, the bodies (persons) authorized to make decisions, when resolving issues affecting the interests of the child, should consider as an important factor the opinion of a reasonably and independently thinking child, regardless of his age, and make decisions based on the best interests of the child. This is a matter of principle.

However, deputies noted that the proposed addition to the Family Code does not fully reflect this principle. 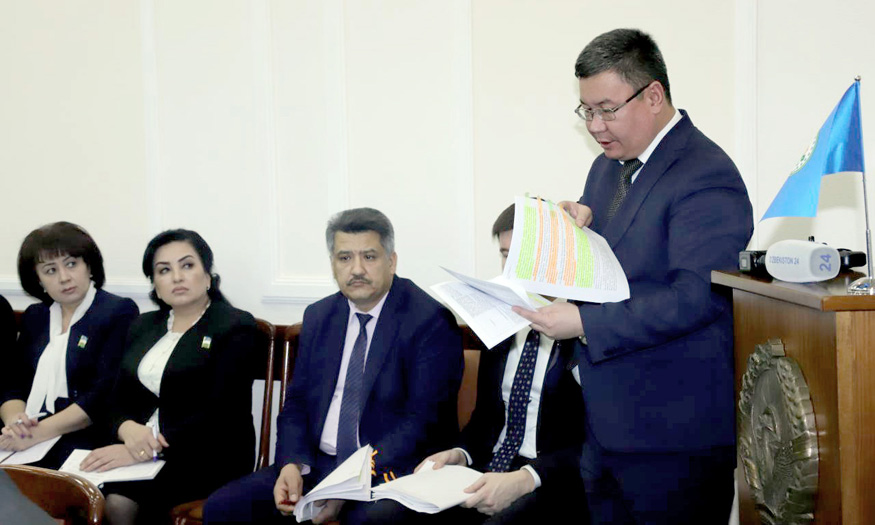 As the amendment proposed for inclusion in the Family Code implies, “After the dissolution of the marriage when resolving the issue of living with one of the parents, the court should consider the opinion of a reasonably minded child regardless of his age and make decisions based on the best interests of the child. At the same time, it is very difficult to understand what exactly means the expression “the opinion of a reasonably minded child” and how it will be evaluated. Therefore, it is necessary to take an extremely responsible approach to determining the norm relating to the fate of a person, and especially the fate of minor children.

Based on this, it was proposed to improve and clearly formulate the text of the proposed norm.

Members of the faction fully approved the amendments proposed for inclusion in the Housing Code of the Republic of Uzbekistan to strengthen the protection of the interests of children without parental care, the introduction of amendments to the Tax Code, implying the exemption of payment of the state fee in civil courts on claims for protection of the rights and legitimate interests of the child. 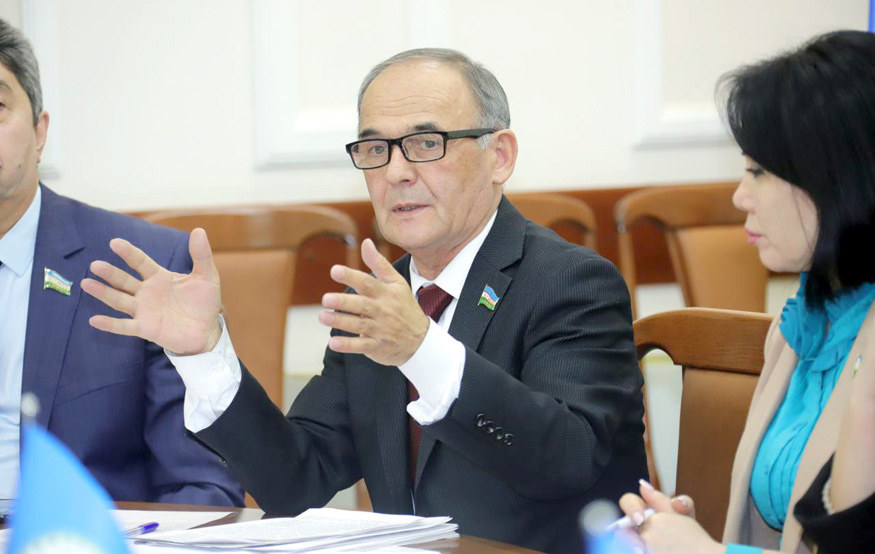 It was noted that this proposal is relevant in ensuring the rights, freedoms and legitimate interests of children, coordinating the activities of state and other bodies, as well as organizations for the protection of the rights of the child.

It was emphasized that the new Institute will play an important role in implementation of such crucial tasks as a critical analysis of the process related to guaranteeing the rights of the child, and development of vital proposals.

Other draft laws on the agenda were also discussed at the meeting of the faction based on the ideas, goals and objectives of the party, relevant decisions were taken.

Who should determine the prices and tariffs? Faction of the People’s Democratic Party of Uzbekistan makes a new proposal

How effective is the deputy request?

VICTORY – ONE FOR ALL!

THERE IS SUCH A PROFESSION – TO ENLIGHT THE HOMELAND