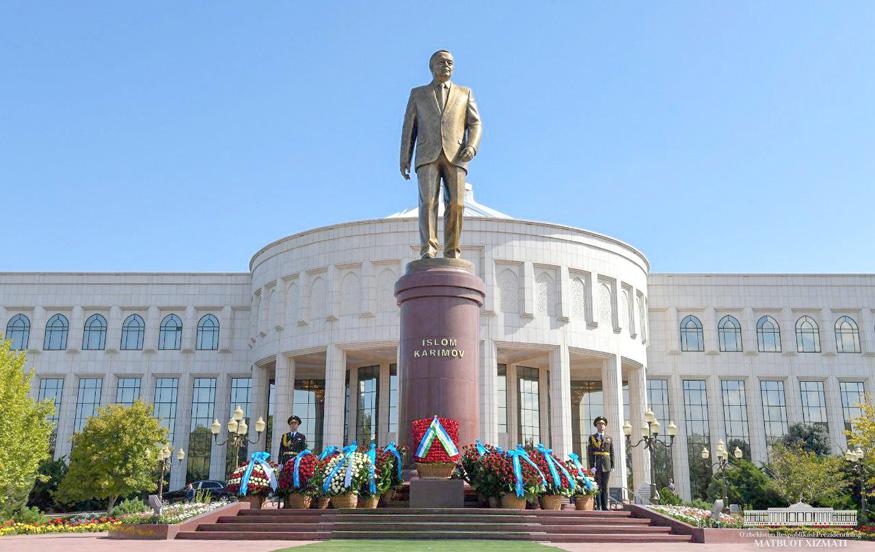 President Shavkat Mirziyoyev visited the Islam Karimov Memorial Complex in Tashkent on September 2 and laid a wreath at the monument to the First President, paid tribute to his blessed memory.

Islam Karimov passed away on 2 September 2016. In accordance with the resolution of President Shavkat Mirziyoyev, this date is celebrated annually as the Day of Remembrance of Islam Karimov.

Thanks to the courage and personal resolve of the First President, Uzbekistan gained independence and achieved tremendous success in development. As Shavkat Mirziyoyev used to note, the more we honor Islam Karimov’s personality and merits, the stronger the spirituality of our people, youth is. 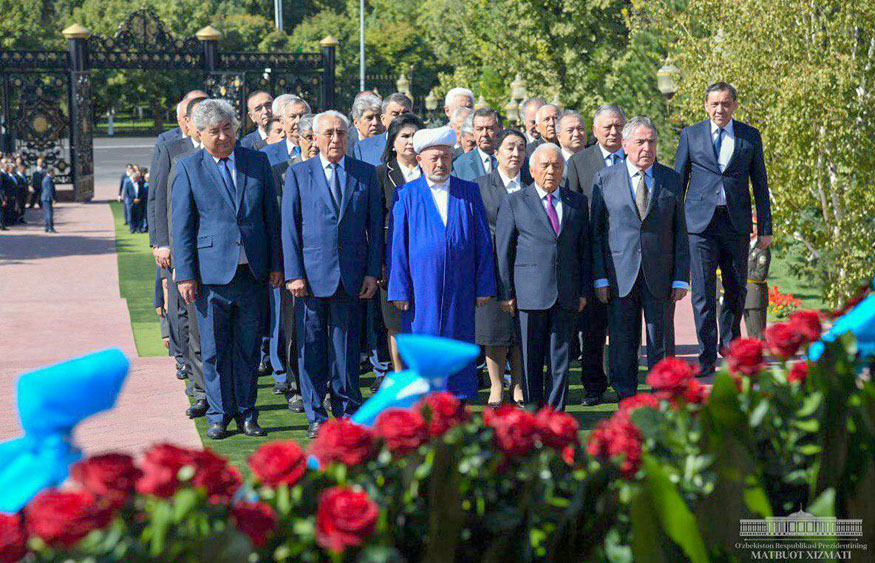 This ceremony has come to be another embodiment of the reverence of our state and the public to the memory of the first leader of the independent Uzbekistan.

Surahs from the Holy Quran were recited at the site. Islam Karimov’s life and work, his dreams and aspirations, achievements in ensuring peace and harmony in the country were recalled.

Members of parliament and government, scientists and cultural figures, intellectuals, and youth representatives took part in the ceremony of laying wreaths.

Flowers were laid also at the Islam Karimov monuments in Samarkand and Karshi.