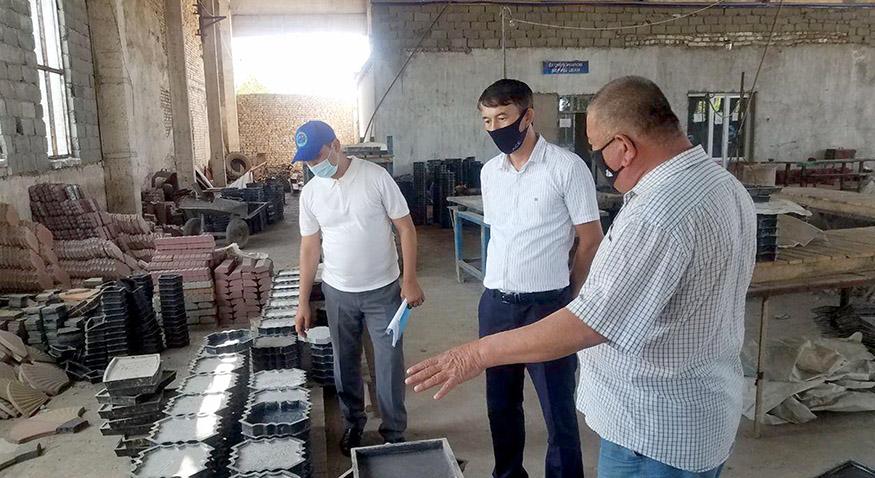 Last week, a working group of the lower house of Parliament visited Samarkand region to become familiar with the work carried out in the region to reduce poverty, ensure employment and solve problems concerning businesspeople. In particular, members of the working group got acquainted with the real situation in Nurabad district.

Nurabad district is one of the largest districts of the region. On June 16, the day when we arrived in the district, local grain growers were one of the first in the region to fulfill the plan for delivering grain.

Representatives of the party got acquainted with the activities of the workshop of a private entrepreneur Normurodov Sukhrob for production of brick blocks belonging to the diversified farm Humoyun Bog’i. As it turned out, the shop operates on a rental basis, the entrepreneur asked for practical help in the allocation of land to him. We agreed to solve the problem within the framework of the law through the auction system. 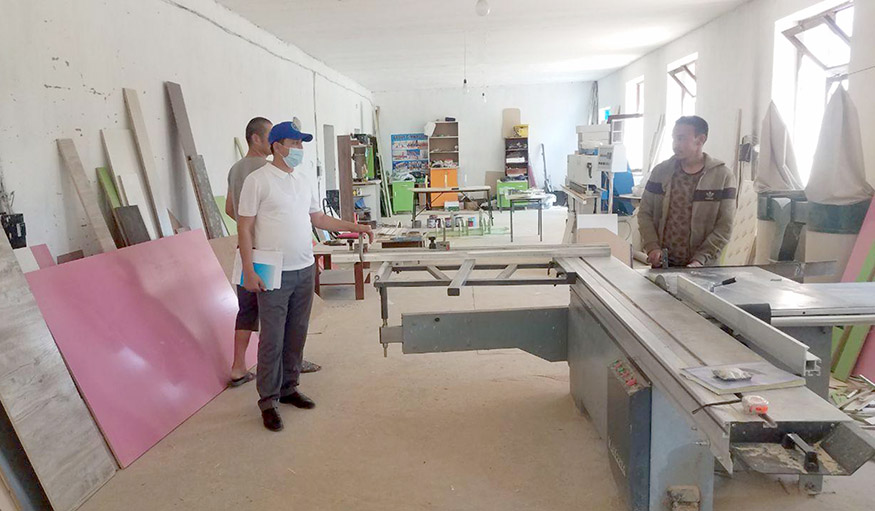 The activity of another business entity LLC Juttoy Uy-Joy Qurilish was studied. Most of the employees of the enterprise are young people, production is organized in 6 blocks (for production of brick blocks, furniture, pavers, tinsmiths, and concrete production). The head of the enterprise has long been unable to resolve the issue of obtaining a loan of 300 million UZS, for which he applied to the district branch of the National Bank. With the assistance of responsible persons, this problem will be resolved in the coming days.

Micro-firms and small enterprises of Nurabad district, which had to suspend their activities during the coronavirus pandemic or whose receipts from the sale of goods (services) fell by more than 50 percent, in accordance with decrees and resolutions of the President of the Republic of Uzbekistan, singed taxes on property tax and land tax, were deducted. 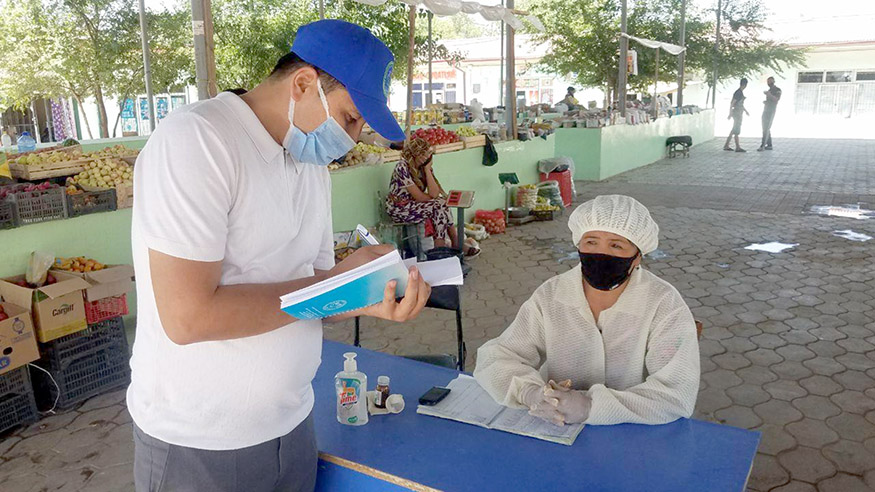 In addition, from April 1 to October 1, 2020, 655 individual entrepreneurs and 111 members of Hunarmand Association were granted tax benefits, 164 business entities were exempted from property tax for 503.4 million UZS, all collection orders were canceled to collect them.

It turned out that there were a number of problems in the central dehkan market of the district. In particular, as sellers noted, the lack of security services in the market creates a number of difficulties in their work. This issue will also be resolved in the coming days with the assistance of the district khokimiyat.

In the district, 22 business entities are carrying out treatment using therapeutic radon water. These entities are considered important tourist destinations, since not only residents from other districts of the region, but also all regions of the country come here for treatment. These hospitals also gradually resume their work in compliance with all quarantine rules. 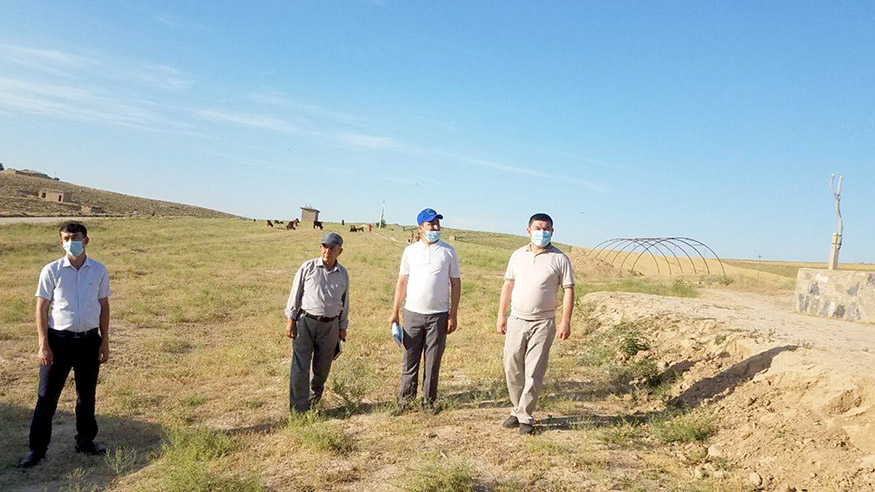 The working group also visited Pulatova Saodat, who lives in Ulus CAM, who alone brings up two minor children. A subsidy was allocated to the family, a greenhouse was built, rabbits were transferred for breeding at home. A resident of the CAM Girdikurgon, Ochilov Asliddin, with the help of the working group is registered in the list of self-employed citizens.

To date, subsidies in the amount of 126 million UZS have been allocated to 86 unemployed citizens – owners of farms at the expense of the State Employment Promotion Fund in Nurabad district. At the expense of these funds, 11 greenhouses of light construction were built, 75 citizens were given irrigation equipment. 63 citizens to whom subsidies are allocated are from poor families, 12 of them are labor migrants, 11 are unemployed.

In the process of monitoring the state of the targeted use of subsidies, it turned out that unemployed citizens grow agricultural products in their subsidiary plots. In addition, a list of another 240 unemployed citizens with a need for subsidies has been compiled, and appropriate funds will be allocated in stages. 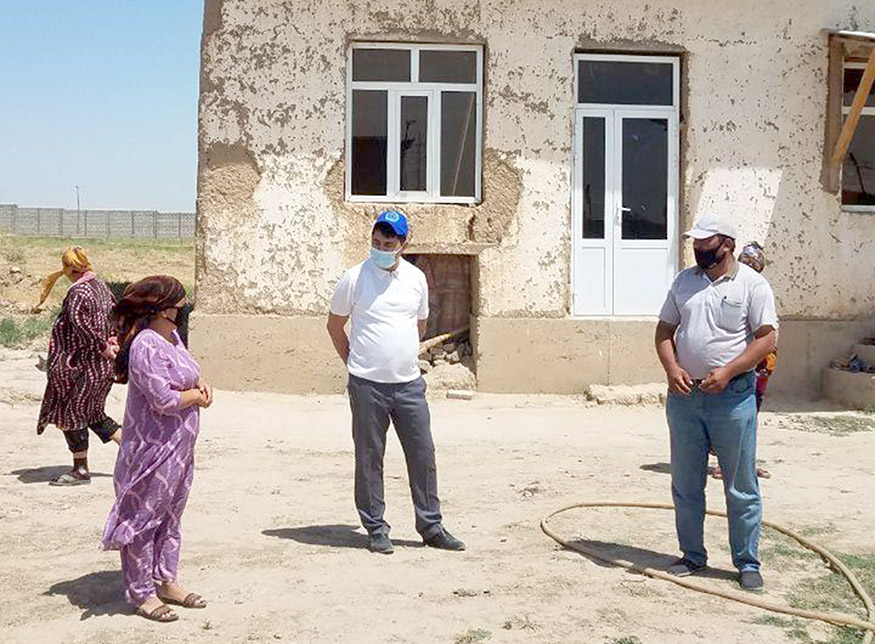 Meetings and conversations with deputies of local councils were held. They were devoted to the results of their activities, issues to which they should pay special attention as people’s representatives.

In a word, the studies conducted by deputies did not pass without result, special attention was paid to increasing the responsibility of the executive branch and officials. The mistakes made have been eliminated, many pressing problems have been resolved. The solution to systemic issues within the framework of the legislation was defined.

Member of the PDPU faction and the Committee on