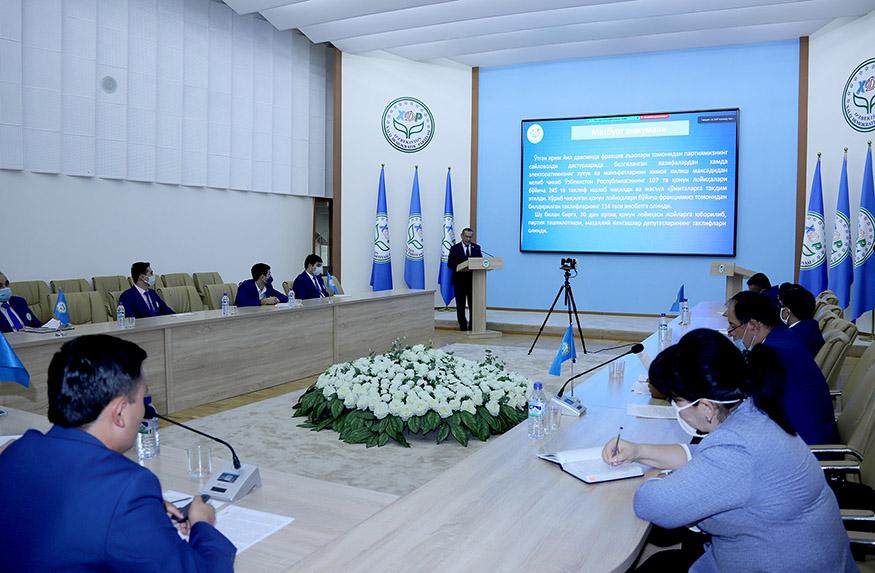 This has been reported during an online press conference devoted to summing up the activities of the People’s Democratic Party of Uzbekistan, as well as the party’s faction in the Legislative Chamber of the Oliy Majlis over the past 6 months of this year.

Chairman of the Central Council of the party Ulugbek Inoyatov informed that before the start of the election campaign last year, the party forwarded a proposal to consolidate the “Consumer basket” and “Living wage” concepts in the legislation, and that a draft law concept has been developed to this end.

The need was noted for reducing and taking control over the benefits provided to monopolies, which will help to identify priority areas for development of small and medium-sized businesses in the near, medium and long term.

As noted at the press conference, Uzbekistan has monopolies that provide the population with natural gas, electricity, water. Information on this is also provided in the Pre-Election Program of the People’s Democratic Party of Uzbekistan. Only the presence of competition in any sphere helps to reduce the cost and improve the quality of products and services. For example, today more and more people are dissatisfied with the cadastre service. The government is considering transferring this service to the private sector. But what will remain in the event of the liquidation of a monopoly organization? Will this not cause even more problems and difficulties for the population? Monopoly can be eliminated only by creating new organizations.

Uzbekistan has 19 large monopolies. They have been granted a number of benefits and preferences. How do they use them, what is their participation in the market, is their work negatively affecting the interests of people? According to the party officials, in order to find answers to these and many other questions, parliamentary control over the activities of such organizations will now be established.

PDPU Faction: The law should not create problems, but, on the contrary, solve them