2021-09-06 13:17:10 5652
Maqsuda Vorisova has been nominated from the People's Democratic Party in the Presidential Elections of Uzbekistan 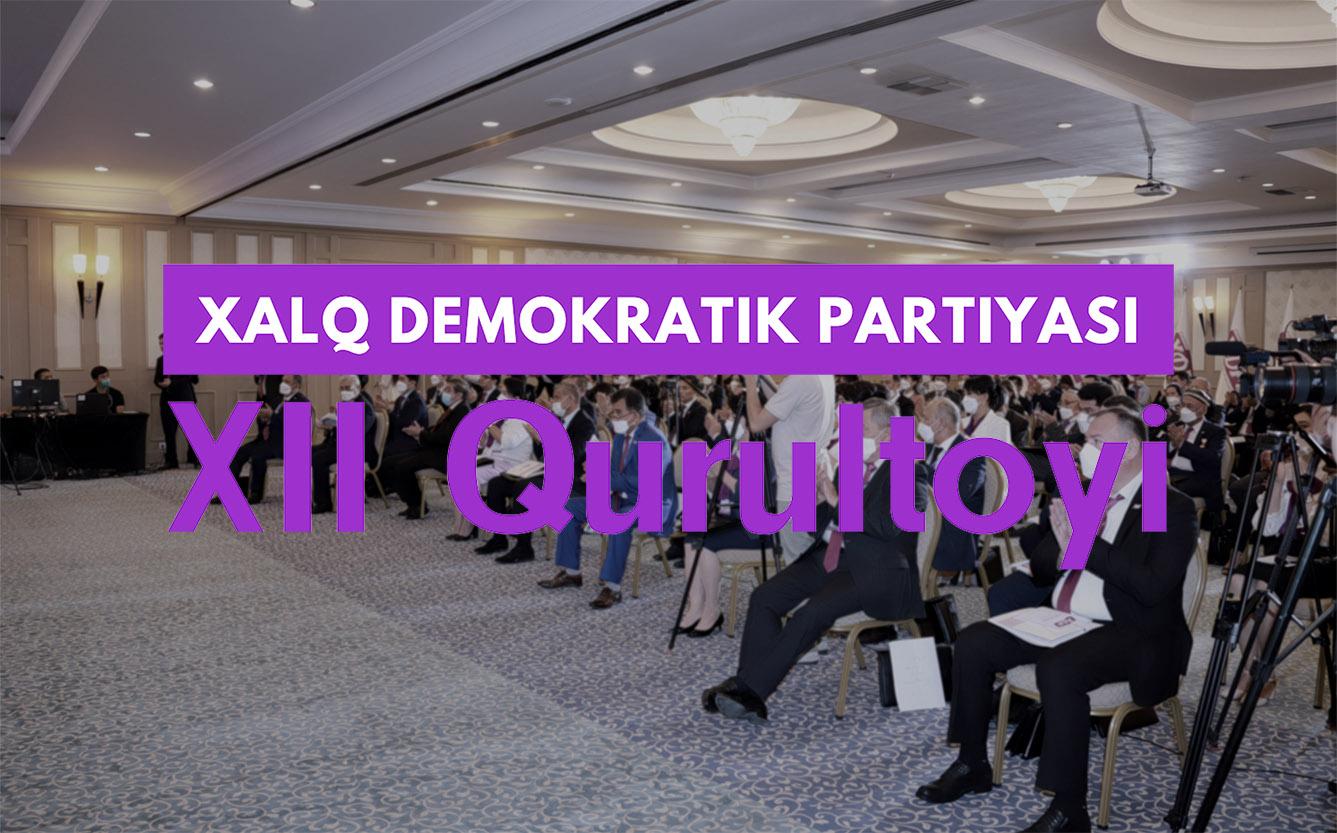 On September 6, 2021, Tashkent hosted the 12th Congress of the People’s Democratic Party of Uzbekistan.

It was attended by delegates elected by party members from the regions, members of the Central Council of the party, deputies of the Legislative Chamber and members of the Senate of the Oliy Majlis, party activists, experts and media representatives.

At the congress, the need was noted for ensuring the conduction of the elections of the President of the Republic of Uzbekistan, scheduled for October 24, 2021, in accordance with the new principles of the national electoral legislation, generally recognized international standards, openly and transparently, in the spirit of healthy competition and equal conditions for all political parties and their candidates.

It was emphasized that the national electoral legislation is consistently developing and improving in accordance with the rich practical experience accumulated during about ten elections held in the country, international electoral standards, in the context of increasing the political and legal consciousness and culture of citizens, the democratic reforms carried out in the country.

The issue of nominating a Presidential candidate from the People’s Democratic Party of Uzbekistan was discussed in detail.

Mrs. Maqsuda Vorisova was born in 1961 in the city of Tashkent. She has got a higher education. In 1984 she graduated from Tashkent State Medical Institute. By profession – a doctor. Married, mother of three children. Member of the People’s Democratic Party of Uzbekistan.

She has a strong political will, puts the interests of society above all else, as a selfless leader, she is highly respected among party members and people.

Mrs. Maqsuda Vorisova worked for many years in the primary healthcare sector, is an adherent of providing high-quality medical care to citizens in need, who make up the bulk of the electorate of the People’s Democratic Party of Uzbekistan.

Based on her proposals and personal initiative, a Parliamentary Commission was created in the Legislative Chamber of the Oliy Majlis to implement reforms aimed at improving the health of the population. The faction of the People’s Democratic Party of Uzbekistan is responsible for the effective functioning of this commission.

Mrs. Maqsuda Vorisova is one of the experienced women politicians of the country, who have accumulated rich experience in matters of state and public administration, domestic and foreign policy, law and social protection, sincerely caring for the country and people during her many years of parliamentary and senatorial activity.

Several opinions regarding the candidate were heard at the congress. Following the discussions, a decision was unanimously adopted to nominate Maqsuda Azizovna Vorisova as a candidate from the People’s Democratic Party in the election of the President of the Republic of Uzbekistan.

The nomination of Mrs. Vorisova as a candidate for the Presidential Elections opens a new page in the history of the party, she will become the first woman presidential candidate from the People’s Democratic Party of Uzbekistan.

The importance of responsible participation at each stage of the election campaign was noted, first of all, to inform the public, representatives of the electorate about the practical work of party organizations and deputies. If we look at the results of our work for almost two years after the elections, then 32 or 40% of the planned tasks have been completed to date of the 82 tasks set in the 2019 pre-election program.

The issue of the Pre-Election Program of the presidential candidate from the People’s Democratic Party of Uzbekistan was also discussed at the congress.

The draft program aims at building a state and society that meets the criteria of social equality and people’s democracy. The draft program puts forward directions and initiatives in nine areas. In particular, the introduction of a differentiated tax system based on the income of the population; guaranteeing at the legislative level the provision of free access for every person to the minimum social services, implementing the programs “Rural Doctor” and “Rural Teacher” to meet the needs of remote areas and villages in qualified doctors and teachers, strengthening the legislation of the system of their material and moral incentives; provision of free, high-quality and full-fledged medical and preventive services to low-income strata of the population; strengthening guarantees for free and high-quality education of young people, their employment after graduation; to form an acceptable system of pension and social security, which guarantees full satisfaction of the vital needs of pensioners and persons receiving social benefits, the transformation of low-income citizens living with a dependent mood into active participants of our society; implementation of international norms and standards concerning persons with disabilities into national legislation; strengthening state participation in the management of economic sectors.

The participants of the congress noted that consistent work was carried out for several months to develop the candidate’s Pre-Election Program. Proposals received from primary organizations to regional councils of the party were formed. Opinions, views and main tasks of the party were taken into account.

At the congress, the Pre-Election Program of the candidate for President of the Republic of Uzbekistan from the People’s Democratic Party of Uzbekistan was approved.