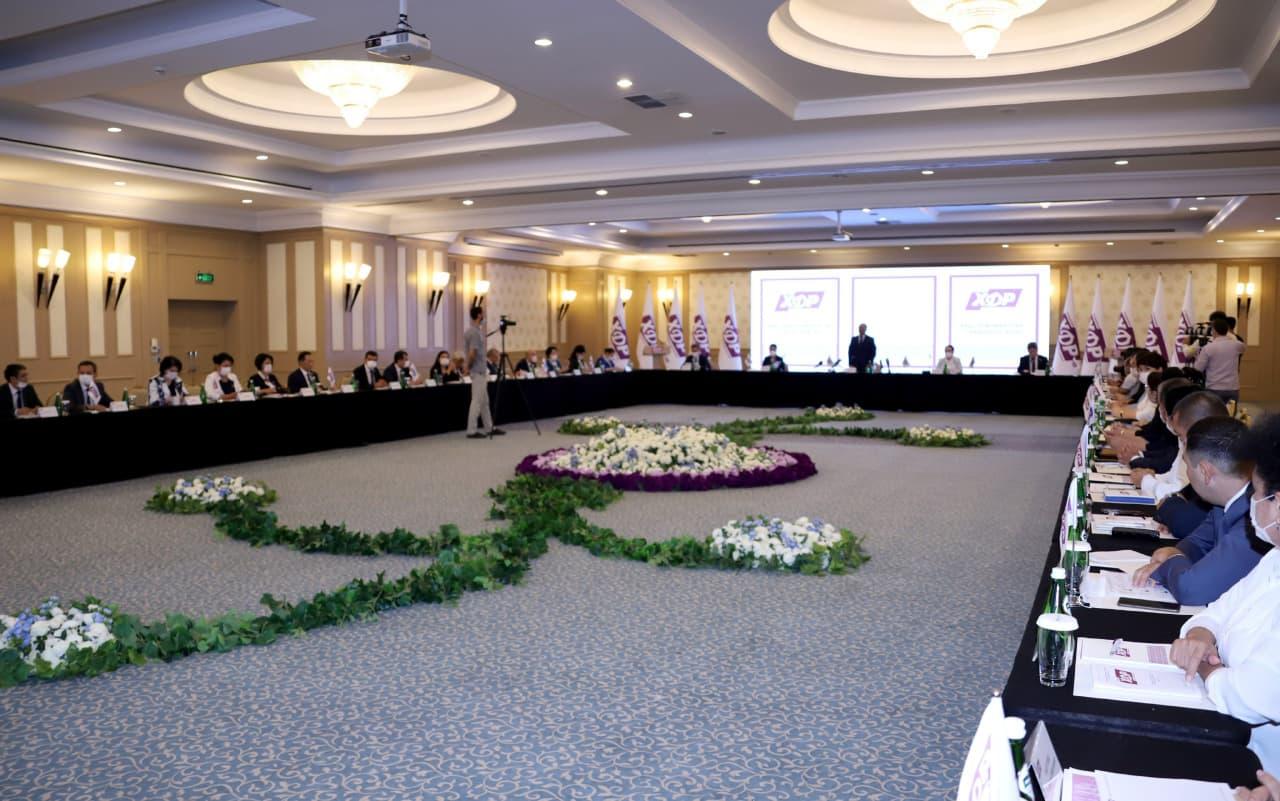 “Increasing the social effectiveness of reforms, the political and legal knowledge and the activity of representatives of our electorate and voters is of great importance in this direction. In today’s conditions, the authority of our party in the society is assessed by how much we protect the interests of our electorate, what initiatives we put forward to solve problems at places”, said the party leader.

The People’s Democratic Party acts as a supporter of the creation of new jobs, the further development of the social sphere, the protection of the interests of the population in need of social protection, further reform of the education and healthcare systems, strictly adhering to the principles of social equality, social stability and the wellbeing of people. Its main goal is to nominate a candidate in the Presidential Elections who will be able to implement this policy in the interests of citizens.

According to the Electoral Code, information about the future candidate for President of the Republic of Uzbekistan, along with other necessary documents, is submitted to the Central Election Commission. The Central Election Commission considers all documents within 5 days and, if the application is approved, issues a registration certificate and signature sheets of the established form to the authorized representative of the political party.

Only the Congress of the People’s Democratic Party is considered authorized to make the final decision on the candidacy for the President of the Republic of Uzbekistan from the PDPU.

The issue of approving a new symbol of the People’s Democratic Party of Uzbekistan was also discussed at the plenum. A special working group created under the Central Council of the party conducted a comprehensive study in this direction, studied the experience of political parties of the world, the history of statehood and political ideology.

At the plenum, the working group informed about the activities carried out to create a new political brand of the party, update its logo. In the context of major updates and transformations in the political process taking place in the new Uzbekistan, the People’s Democratic Party of Uzbekistan is striving to take a strong position in the arena of competition. About 30 proposals were received from specialists and experts, activists and veterans to change the symbols of the party. After discussions, the working group received opinions and judgments on the selected proposals.

The new logo of the People’s Democratic Party is a parallelogram in purple and white with “XDP” in the center.

Purple is a symbol of kindness, generosity and the color of leadership. This color symbolizes the fact that the party is always ready to defend the interests of its electorate, to implement and support their aspirations.

After the proposals, opinions and judgments were made. A new logo and flag of the People’s Democratic Party of Uzbekistan were approved.

Relevant decisions were made at the Fourth Plenum of the Central Council of the People’s Democratic Party of Uzbekistan on all the issues considered at the plenary session.